However, as the following case study demonstrates, the ability to leverage platforms is not limited to the upstarts of Silicon Valley.

And the incumbent doesn’t have to fight the rising tide of platform power with outdated business models and technology.  The leaders of incumbent companies who understand the new platform business model can begin building tomorrow’s platforms in a way that not only leverages their assets, but also extends and strengthens them.

Previously we looked at what makes a platform, and why it’s such a powerful business model, as well as the technology that supports platform models.  In this article we’ll look at an example of a conventional value-chain business that has successfully responded to competitive pressure by becoming a platform business.

How Under Armour moved from value chain to platform business

As a football player for the University of Maryland, Kevin Plank was bothered by the same problem as millions of other athletes – sweat-soaked T-shirts.  This led him to make a T-shirt that used a moisture-wicking synthetic fabric, similar to the compression shorts that he played in (which, he had noticed, stayed dry during workouts).

He initially began the business from his grandmother’s basement in Washington, D.C, and travelled up and down the East Coast with apparel in the trunk of his car, with his first $17,000 team sale coming in at the end of 1996.

From its founding as a sportswear company with unique sweat-wicking technology in 1996, Under Armour quickly gained recognition.  However, with this recognition came challenges. Under Armour faced stiff competition from Nike, Adidas and Reebok, who all have national and international presences.

To make things tougher, by 2013 those competitors had largely duplicated Under Armour’s sweat wicking technology.  Under Armour realised that it had to consider other product strategies to maintain a competitive advantage in the fitness retail space.

In 2013, Under Armour took its first step into the digital fitness space.  They acquired MapMyFitness, an app with 20 million users that uses GPS technology to track runners and cyclists’ workouts and shares the results with friends online.  The Co-Founder and CEO of MapMyFitness would become Under Armour’s first Chief Digital Officer.

Next, Under Armour acquired MyFitnessPal, a diet and workout tracking app, along with its 80 million users, for $475m.  Under Armour then added another company to its portfolio – Endomondo, a European virtual fitness coaching app with 20 million users.

Under Armour also partnered with IBM Watson to apply artificial intelligence to create a platform called “UA Record”, an app that provides evidence-based coaching around sleep, fitness, activity and nutrition, and is synced with Under Armour’s running shoes.

As a result of these acquisitions, Under Armour has about 200 million registered users and their associated fitness and nutrition data.  It is estimated that one out of every five people in the U.S. has downloaded an app in the Under Armour suite of digital products.

Kurt Kendall, Under Armour’s Vice President of Analytics and Data Solutions, estimates that the Company analyses over 10 billion data transactions a year, and each of those transactions gives the Company insights on ways to improve the customer experience.

At this stage, Under Armour primarily uses the data that it captures in its product innovation process.  CEO Kevin Plank refers to the value capture process as a “data flywheel”. Data from the apps gives Under Armour design cues for products.

Athlete’s habits also influence design, and products such as its Gemini line of running shoes allow consumers to track fitness and health activity without the use of a smartphone.

The Apps are generating their own revenue

The apps are delivered as Freemium software.  If users are willing to pay for the software then they get an ad-free user interface and additional features.

For the millions of free users, the Company uses data around consumer’s workout timeframes to push targeted advertisements to consumers.

Under Armour plans to combine biometric sensors into all of its clothing and footwear products.  It’s intended that this will encourage consumers to purchase Under Armour gear because it will easily connect to their apps and digital platforms.

Historically, businesses have expanded or responded to threats by acquiring and integrating a longer piece of their value chain.

But the reality is that, even with a greater piece of the value chain under their control, they remain vulnerable to platform competitors.

By transforming and adopting a platform business model, Under Armour has re-emerged as a strong competitor in the sportswear business.  More importantly, it’s moved from being another supplier of products to owning a highly engaging platform of sports enthusiasts, with an unparalleled knowledge of that community’s exercise and nutrition habits.  That opens all kinds of new business opportunities to Under Armour – it remains to be seen where that leads them.

“Sage X3, is a very user friendly, easy to navigate, real-time system. Being web based allows employees the ability to work from anywhere there is connectivity. The ability to customise reports adds additional value. The SynergERP support team is hands on and ensures issues are resolved very quickly.” 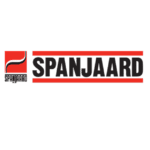 “After evaluating a number of solutions, we decided that Sage X3 would support us with an integrated, agile platform for the future growth of our
business.”

“Thanks to Sage X3, our entire business is managed from one integrated system – from sales, procurement, warehouse, IT and customer accounts.”